You are here: Home › Dojang Life › Weirdos in Martial Arts: A Strange Attraction 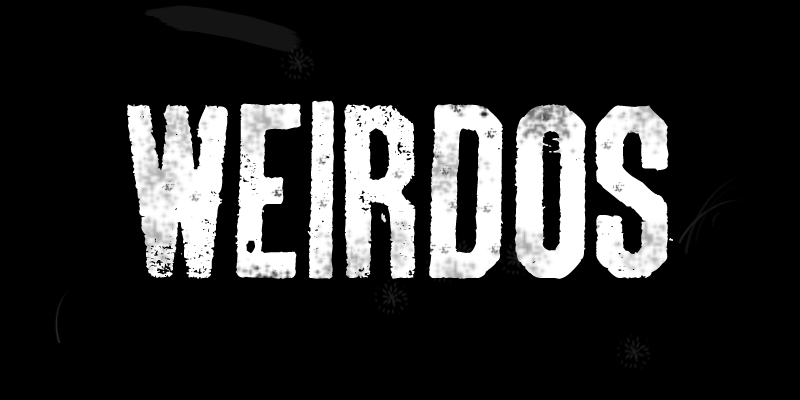 There seem to be a lot of weirdos in martial arts.

I use the term “weirdo” loosely. It isn’t necessarily a bad thing (although it can be). Hell, I’m weird: I write a blog about taekwon-do.

Some martial artists are a little awkward—physically, or socially, or both. Some are kind of geeky. Some really dig the Asian cultural fantasy and want to become super-powered ninjas who can knock people out without touching them. And others fantasize about Rambo-level violence.

What I’m saying is that I’m not talking about one singular kind of weirdo. No, there’s a range or weirdos in the martial arts. Some are harmless. Others are anything but.

A sport for non-athletes

As a sport-centric martial art, and one that markets to kids, I think taekwon-do has fewer weirdos than some sects of martial arts like ninjutsu, reality-based self-defence or whatever this is:

It doesn’t take much to see that the martial arts are a weird hobby. We run around in pyjamas, wearing belts that don’t even hold up our pants, while kicking and punching things. Often, those things are other human beings. That’s not normal. So within that already abnormal context, standing out as odd is a feat.

I think most of the weirdos in martial arts start training as teenagers or adults. But we attract some weird kids as well. I suspect one big reason is that martial arts are a sport for people who aren’t into other sports.

It seems like a lot of people think that to play most sports, you already have to be in shape; already have to be coordinated. Martial arts, on the other hand, are often marketed as a way to get in shape and to become more coordinated. In my experience, many people who try martial arts aren’t into team sports. They often aren’t very athletic. Martial arts may be practiced in a group, but it all comes down to individual effort, not the combined effort of a team. Martial arts are a way to practice an activity and have fun without a need to be athletically gifted.

I’ve also seen a lot of kids, teens and adults in martial arts who were socially awkward, unconfident, or lacking in self-discipline. Martial arts are marketed as a way to build self-confidence and discipline, which are things that people want to instill in their children and themselves. Wanting those thing doesn’t inherently make somebody odd, but slightly weird people may feel like they’re deficient in those areas and so they may seek out the martial arts.

Which brings me to my next point. I said it seems like most weirdos in martial arts start training as teeneagers or adults. Many adults take up martial arts because their kids train. But some others are looking for something quite different.

Some people start training because they love kung fu movies. Some are enchanted by the exoticism of pseudo-Asian mystical philosophy. Others want to learn to defend themselves.

The first two are a little weird on their faces. Kung fu movies are a ton of fun, but they’re fantasy. If they get you into the martial arts, that’s cool, but it’s a little strange.

Being into pseudo-Asian philosophy is a weirder. Fetishizing an “exotic” culture that you really know little about isn’t a normal thing to do. Less normal is believing in outmoded mystical beliefs that few people in those cultures believe anymore—or never believed in the first place.

But what about wanting to learn self-defence skills? How does that make a person weird?

But confidence is a good thing, right? Usually. Except there are two problems with this.

First, most martial arts aren’t that great for self-defence. Actually, it’s often not the arts themselves, but they way they’re taught. Most classes are taught for recreation or point-based sport, or don’t offer practice with fully-resisting opponents. On top of this, a lot of people in the martial arts will never really get into fighting shape.

Second, victimized nerds with a newfound sense of power can sometimes fantasize about abusing that power. When that power relates to violence, then these people can fixate on things like esoteric Asian weapons or how the next time that douchebag Chad tries to push them into a locker they’ll whip out their secret dim mak touch of death*. And not only do they feel like they have power; they’re also still afraid.

(*For the record, that sentence was fictional. There was no douchebag Chad when I was growing up—nor is there one now—and I’ve never been interested in learning about dim mak.)

When this simultaneous desire for, and fear of, violence ramps up to a new level, it gets into the territory of what self-defence author Marc MacYoung calls “violence geeks.” In MacYoung’s own words:

There is a phenomenon out there that I call “Violence Geeks.” They are a group of individuals who are fixated on the ‘idea’ of violence. At the same time, they are terrified of being victims of actual violence. They are an ugly blend of anger, aggressiveness, self-loathing, fear and paranoia. On the plus side, their fear keeps them in check. On the negative side, they are a case of mens rea addressed “To whom it may concern.”

Violence geeks are not just geeks with a newfound sense of confidence from martial arts. They are people whose geekdom revolves around the idea of violence. People who get excited over patently over-the-top weapons like the Jagdkommando Tri-Dagger or the Wasp knife. They dream of the day when they are justified in destroying another person with their vicious tactics and weapons. But they dread being attacked.

You can find these people in all facets of martial arts. But I get the impression that reality-based self-defence circles are where they love to congregate.

How do I know so much about weirdos in martial arts? Because I was one of them. Perhaps I’m still one of them.

I was never really a violence geek, but I am a regular old geek. I wasn’t into team sports. I wasn’t that athletically gifted. I was picked on as a kid and didn’t have a lot of self-confidence. But I believed that martial arts made me much more capable of handling myself than I really was. I used to think that ancient Asian cultures were the epitome of cool. I’d daydream over Japanese weapons in martial arts catalogues. I used to think that enforcing rigid discipline and bad imitations of Asian customs was not just an important part of martial arts, but an inherent one.

But what does it all mean? So what if there are a lot of weirdos in martial arts?

It means that you should be aware of what you’re involved in. Like lots of hobbies, martial arts can be an amazing activity and an outlet for eccentric folks. And, yes, for “normals” too. But if you’re not cool with colouring outside the lines of sanity, then keep a healthy skepticism. Don’t get caught in a fantasy echo chamber where someone’s untested bad idea is assumed to be a good one, and continues to be promoted as such. Don’t confuse playing pretend with being a badass fighter. Don’t glorify legal excuses to maim another human being. And don’t fall victim to a martial arts cult.

Weirdos in martial arts can breed silliness, delusions or even toxic environments. But—despite all my harping—they can also involve regular people enjoying an irregular hobby. As long as you can avoid the pitfalls, feel free to embrace your weirdness. These guys certainly do.