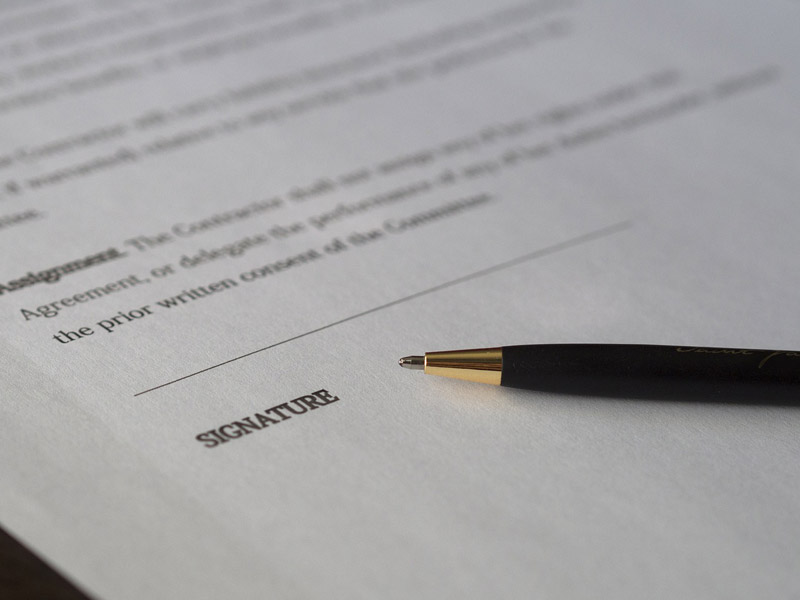 Does your martial arts club use contracts to lock in students’ tuition rates, guaranteeing they’ll pay the same rate for one, two or three years? Or are you looking for a club for you or your kids and found that some of the clubs in your area use long-term contracts?

If you’ve answered “yes” to either of these questions, you might want to find other options—another payment arrangement or another club. Because you should never sign a payment contract with a martial arts school.

Let’s take a look at the shady world of martial arts contracts so you can be better prepared.

Why do clubs use martial arts contracts?

These sorts of contracts came from the fitness industry, where gyms and fitness centres use them to retain clients and, more importantly, income. In martial arts circles, contracts are used by commercial schools (they’re less common in hobby schools) to guarantee income for more than a month at a time. They lock students in for a period—typically from one to three years—with a set monthly rate. Sometimes they are based on lump-sum payments instead. If you cancel the contract early, there will be a cancellation fee.

Martial arts schools will offer some sort of incentive for signing a contract. That incentive could be a discount on the usual monthly rate. Or perhaps the school has no month-to-month membership option at all, and only uses contracts.

Contracts solve a problem for martial arts clubs: relying on month-to-month payments is tough. Chasing down students or parents for payment is awkward at best. People might forget to pay for a month but still expect lessons until they remember to bring their money. If a student isn’t paid up, the instructor is forced to make a decision on whether to keep them from training until they’ve paid. And if students are paying month-to-month, it’s easier for them to quit if there’s less of a financial commitment.

But contracts benefit a school much more than the students.

For one, remember how I said that contracts came from the fitness industry? They can be a pain for fitness centre clients. But there’s a big difference between a gym and a taekwon-do club: gyms are primarily for adults; taekwon-do clubs rely on children.

Contracts force you to train

Only a fraction of people who try a martial arts club will stick with it for a full year. Contracts are an artificial way to force you to stick it out—otherwise, you lose money. But a contract doesn’t keep anyone interested in martial arts lessons, just in not losing money. This works best for children, who tend to lose interest in things. Parents can force them to keep going in the hope that their interest will return.

A year is a long time to commit to a martial arts school, especially if it’s your first time. And some contracts can last for three years or more. When you consider that most people sign up to a martial arts school without doing any research or comparison shopping, that’s an awful lot of trust to put into a place that you know very little about.

This means that a percentage of a school’s population will be there only because they’re paying to be there, not because they want to be. That doesn’t create a good atmosphere.

Martial arts clubs have to make contracts sound enticing. They’ll sell the contract as a way to make things easier for you. For example, you won’t have to worry about monthly payments, which will be automatically debited from your credit card or bank account. And the contract guarantees a lower monthly fee, locked in for the duration. But the salesperson won’t tell you all the details about how hard it is to cancel (hint: hard)  how much you’ll be charged if a payment is late (it can be steep), or how much money you’ll owe if you do cancel early (in some circumstances, you could owe the remainder of the contract in a lump sum).

And there are other things to consider. These contracts are not easy to break without huge penalties. So what happens if you move? Some contracts will allow you to cancel with little or no fee if you move far away, but there’s also a chance you could still be on the hook—even though there’s no way you can make it out to train.

Worse, what if the original instructor moves away? You presumably joined the club thinking you would get lessons from the main instructor. But you signed a contract with the club, not the instructor. If he or she moves, and you don’t like the replacement, too bad.

And because the contract uses automatic debit, they can pull money from your account at any time.

Basically, contracts exist to make you pay, not to help you train.

Have a problem with your contract and want to work out a deal? You could be out of luck. You may not have signed the contract with the school at all.

If the contract is handled directly by the school, that means they’re responsible for collecting payment and enforcing the terms of the deal. More likely, you’ll technically sign a contract with a billing company, on behalf of the school.

The billing company collects payments and passes them along to the school—after taking a cut for itself, of course. This makes it easier for the school, because if a student is delinquent, the school doesn’t have to deal with it. They can just let the billing company handle all the dirty work.

Ever try negotiating with a billing company? They’re not known for being forgiving.

Worse, if your contract is with a billing company and the school shuts down, the company could insist that you keep paying. Yes, you could have to pay to go to a martial arts school that no longer exists.

What happens if you cancel or break a contract?

Contracts usually have very steep penalties for cancelling early. That penalty could be as much as the remainder of the contract.

Let’s say you signed a three-year contract and want to cancel with two years left. Worst-case scenario, you could owe a lump sum equal to two years’ worth of payments.

And if you don’t pay (and I’m not recommending simply not paying—it’s always better to cancel properly), you’ll be hounded by a collections agency. Your credit rating could be affected. You could even be sued.

Instead of signing a contract

Instead of signing a martial arts contract, pay on a short-term basis. Month-to-month is best. Pay at the beginning of each month, show up for your lessons and repeat. This reduces your financial risk and makes it easy if you decide you want to quit or take a break.

If a club offers you a discount to pay in advance for a slightly longer term (six months or less), I’m not opposed to that. These arrangements are still relatively short-term, don’t require a billing company and automatic debit, make it easier to notify students before their payments are due, and don’t require a collections agency.

But if you pay for several months in advance, make sure you can get at least some of your money back if you cancel within a reasonable amount of time. Ideally, you’ll get back everything but a 30-day cancellation fee.

After all that, if you still decide to sign a contract, read it thoroughly.

Make sure the cancellation policy is simple (such as being able to cancel with 30 days’ written notice, with nothing else owing). If you pay in advance (for example, for six months of lessons), make sure you can get a partial refund if you cancel.

From what I understand, you can edit the contract by hand if you need to, as long as both parties agree to the edits (but don’t quote me on this).

Don’t give anyone access to your bank account. Rather, set up automatic monthly billing, so you automatically send money to the billing company, instead of the company pulling money from your account.

So far I’ve been talking about payment contracts. I’ve heard rumours that there are a few unicorn clubs out there that have service agreements that exclude payment. These agreements cover the services that the club is responsible to provide to the students. This gives the students an expectation of exactly what they will get in class.

Maybe these clubs exist; maybe they’re a myth. I know some schools have these terms baked into their payment contracts. But if you ever find one that has this sort of agreement, with no payment terms attached, go ahead and sign it. It’s a guarantee of what you will get. If you don’t get it and you’re unhappy, leave.